Highlights of Athens & Views of the city on eBike 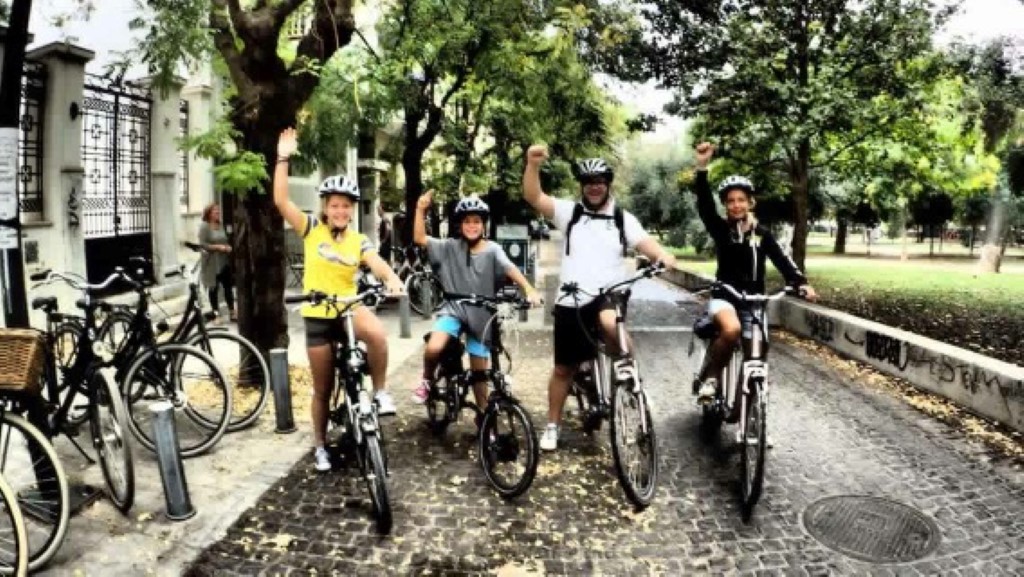 A relaxed ride that lasts 2,5 to 3 hours, our trendy electrical bike can take us, without effort, everywhere (well... almost everywhere).

We steepen the hill of the Nymphs where we will stop and enjoy amazing views of the Acropolis from Pnyx. Then we go downhill towards Aerus Pagus (Mars Hill)  and the ancient Odeon of Herodes Atticus. We then continue on the aristocratic Dionysiou Aeropagitou Street and pass from the theater of Dionysos and the New Museum of Acropolis, a stop at the Temple of Olympian Zeus, the Handrian’s Arch, the Evzones and the Parliament which are always very impressive… we will stop everywhere and we take our time to get as many pictures we want!

The National gardens are a refreshing way towards the Presidential Mansion and the Panathenaic Stadium. On the way back we go through picturesque Plaka and the Aerides district where we will see the Tower of the Winds and both the ancient and roman agora.

Dionyssiou Aeropagitou Street is one of the most impressive streets of Athens, offering an extraordinary view of the southern slope of the Acropolis.

Views of The Acropolis and the Parthenon, The hill of Pnyx, Mars Hill, Panathenaic Stadium. The Plaka is the area of winding streets around the Acropolis. It's renowned for its small shops, restaurants, and some good examples of local domestic architecture. Roman and Ancient Agora

The above  is available in English, Dutch, French and German, Spanish & Italian. (This activity can also be done privately or with a licensed guide for in-depth guiding go to our private eBike rides)

Discounts for families/groups from 5 and more paying persons.