Blog | If willing to listen the city will speak to you 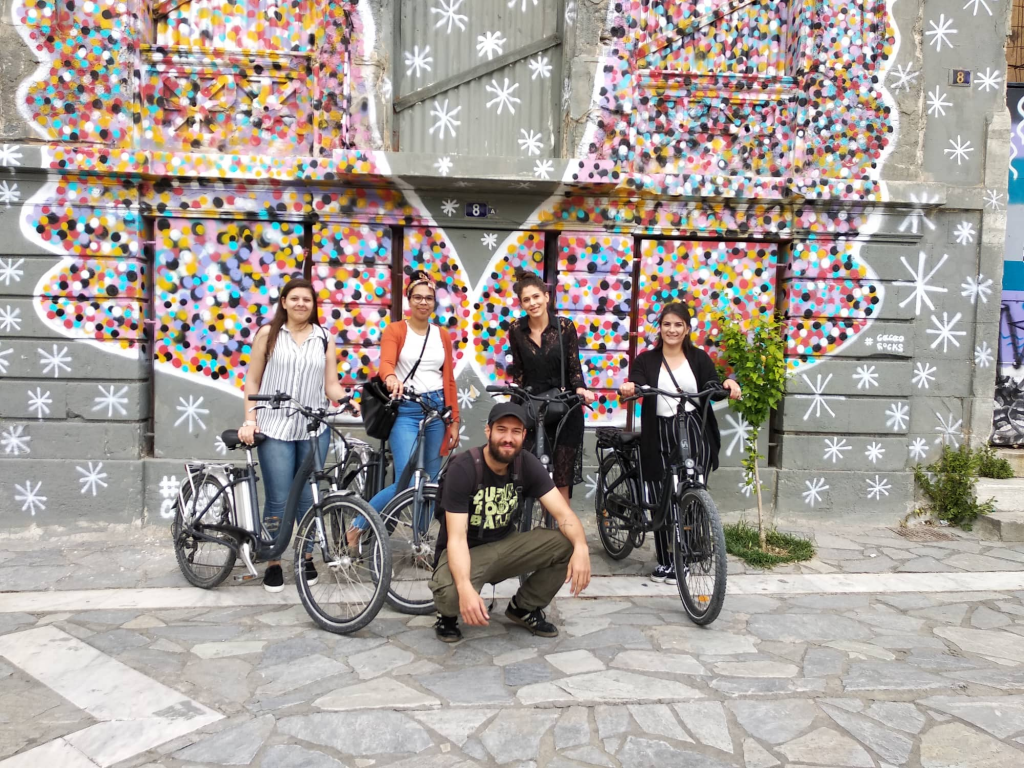 One of my favorite quotes that I have see tagged in a wall is the one that says : "if willing to listen the city will speak to you", that was one of the things that inspired us at We Bike Athens to made the urban life ebike tour .

Athens is an ancient city with thousands years of history, but in my opinion all this history is just words in a book if its not connected in some way with the present.

The city of Athens is still alive and as everything that is alive , Athens keep changing (the great philosopher Heraclitus said that everything is moving and changing ). The best way to find out what these changes are is from the people who live in this city .

Therefore, this is what this tour is about , biking around the locals , observing the architecture , the cafés that the young ones spend their mornings and the bars that people hang around after their jobs . Its like a sociology class but in a more fun way . But as we say in Greece; a single image equals a thousand words.Through this tour the storytellers are the walls of Athens, which has been a canvas for hundreds of artists. Its one of them wanting to share a story with the people passing by. Some of them are huge colorful murals, some of them are just tags but still a story is a story...

A lot of people describe the walls of Athens as dirty because of the tags and small graffiti pieces on them. In my opinion, its not possible to have beautiful mural's without having the tags as well. Most of the world wide known street artists started with small graffiti or tags.... so maybe a lot of those youngsters that tagging around Athens evolve into great artists in the near future.

That's why I don't think oppression or strict rules are the solution but I choose education as the answer. All this creativity maybe end up in something really good if it has the proper guidance. Also even if its difficult for us to accept it art is subjective, something that now is considered beautiful in twenty years from now may be be considered ugly, we have thousands of examples through art history.

So when I wander in the streets of Athens I look around me and try to look for these small changes, trying to understand more deeply my city. Another thing that its important about street art is that its free. Its like an open air gallery for everyone that passes by. Its something that we tend to forget a lot of times. Not everyone is able to afford the tickets visiting an art gallery or art event. So this canvas is there for everyone who want to leave its mark and everyone who wants to visit it.

Of course this is my perspective and its always interesting to hear what other people have to say about all this.This is what traveling is about I think, getting different perspectives and keeping the ones that you like so you can enrich your image for the world that we are living in.